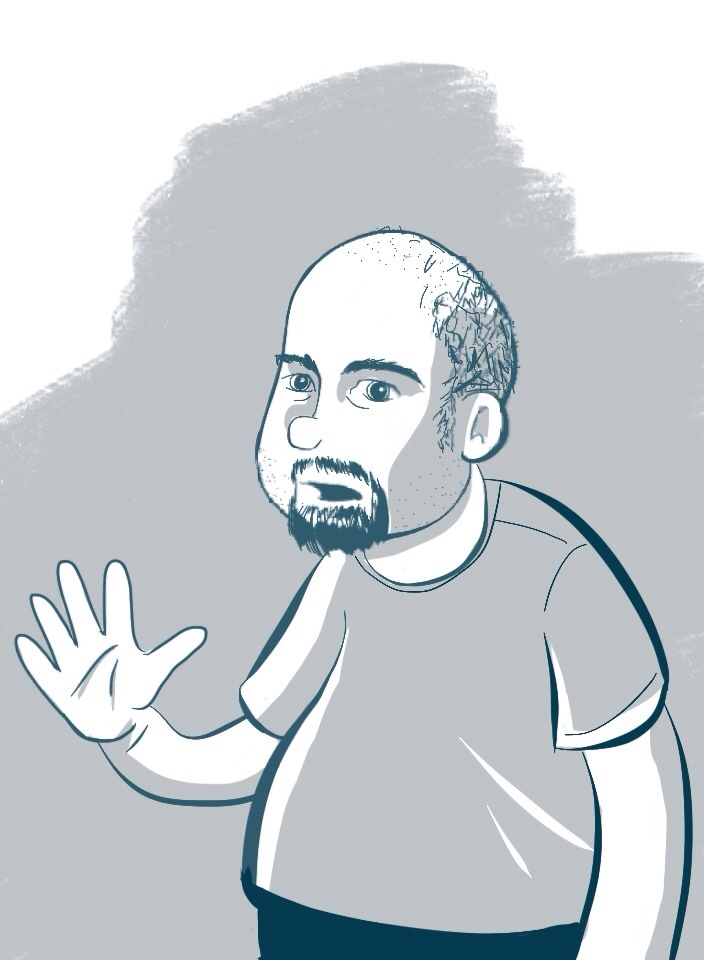 For those of you that have known me or have been fans of webdisaster for a long time, the fact that the site hasn’t been updated in over a year and a half probably doesn’t come as much of a surprise. It is, after all, my modus operandi to binge and purge where art and webdisaster are concerned, and it has been documented on this site by myself and others at various points throughout the site’s nearly nine-year existence. But for those of you whose only exposure to me or my site has come in the last four years, it probably came as somewhat of a shock and/or disappointment when last January, after a couple of years of arguably steady new content, the gears of webdisaster stopped with no warning and gave no indication if and when they might start back up again.

I could attempt to explain what happened last January; that I started a new job, that I wanted to spend more time with my wife and daughter, that I didn’t have anything left in the creative well to draw from, that Infinite Jest and Demon’s Souls fried my brain, or something like that. But the truth is that it’s just my pattern to do this. To create, be proud of the creations, then over time become disappointed with the creations and the creative process, retreat for a time while my batteries recharge, then create again. I’m currently on the upswing with the acquisition of a certain hipster-branded tablet device that allows me to draw and design on the spur of the moment from wherever I might happen to be when the will to communicate comes. I hold no illusions that this version of the site will be the one that lasts, that it won’t get abandoned like the others in favor of whatever whim strikes me in the future. And I realize that despite my own self-deprecating notions about the quality of my work, that some of you inexplicably like it, and the fact that you take the time to let me know makes me happy enough to warrant ramming my head against this wall again. I can only apologize for the sudden and overly long lapse, warn you that it will probably happen again at some point, and learn from past mistakes by not purging the old content wholesale.

On that note, I’ve catalogued all of the old versions of webdisaster that I still have archived. You can find pretty much all of the content from any previous version of webdisaster (and before) in the ‘Old Sites’ section. Hopefully that way I can indulge my artistic bulemia and keep moving forward, while not pissing people off or disappointing them because I removed something they really liked (or even created.) And in the future when the limitations of this particular design fail to keep me inspired and creating, I can just package it up and start over again.

Thanks for reading. Feel free to drop me a line and let me know what you think.