About a year ago, I bought a Surface Pro 3, which I had wanted for several years. My hope was that I could use it as a drawing tool, and I did quite a few sketches for a month or so in Photoshop, which was… nice, but still a bit awkward for a variety of reasons. Several people I know had recommended Manga Studio and a while ago there was a steep discount on the newest iteration, Clip Studio Paint EX, so I took advantage even though I knew nothing about it. I tried it a couple of times but it was so unlike Photoshop that I didn’t really like it. But today I took the time to watch a tutorial and follow along. Then I tdid a quick drawing of Commander Dot Pyxis from Attack on Titan, and in about an hour I had this done. It’s not great, but it’s very encouraging. Clip Studio is purpose built for drawing comics and it works great with the Surface. I might be in love. 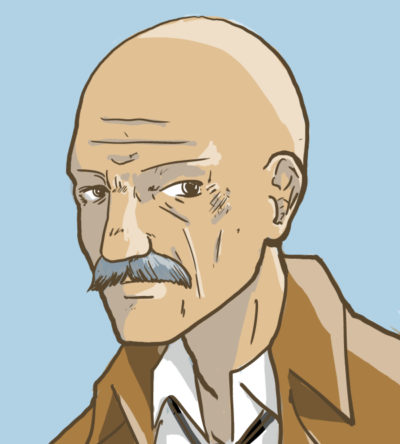