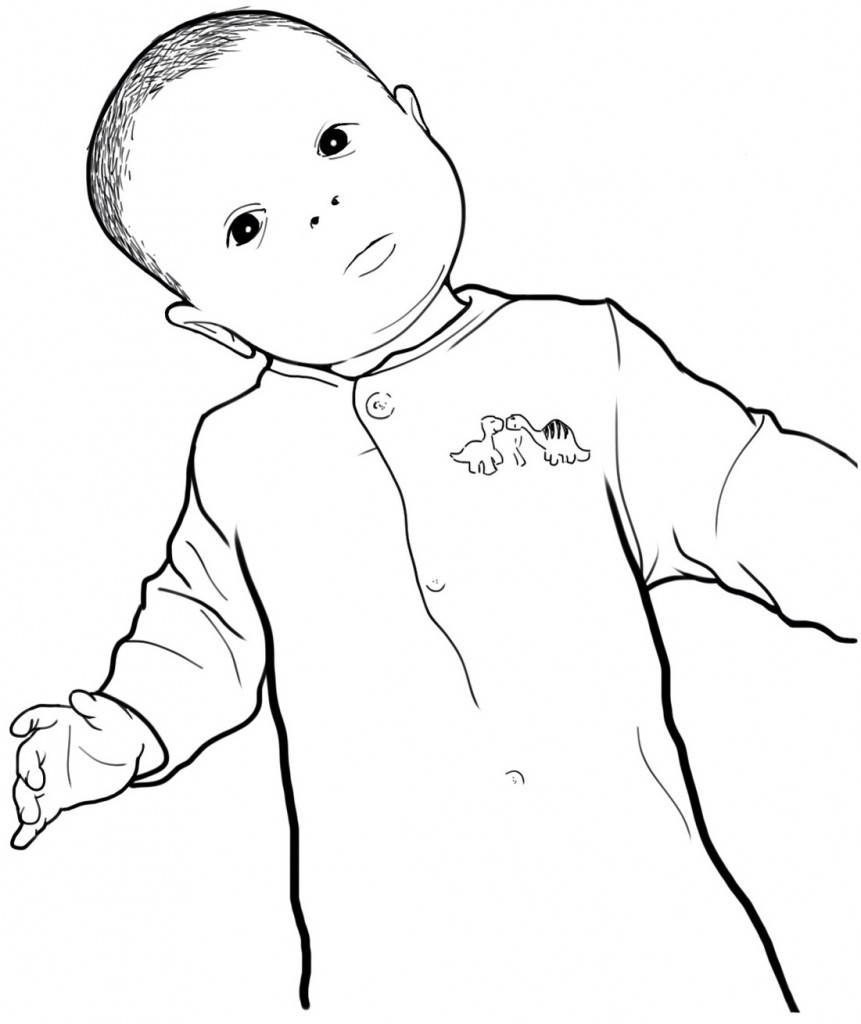 I mentioned before that I felt the need to draw a picture of Ethan. I also wanted to do a line drawing on the iPad to see how well it would turn out since my fat tipped bamboo stylus isn’t exactly ‘accurate’. So about a week ago I drew this picture. Actually, I traced it again. Damn you iPad for making it so easy to trace! The next thing I need to do is practice sketching first so I can at least trace a legitimate drawing.

While I was drawing this, I remember thinking that it was incredibly difficult because the stylus was neither pressure-sensitive or accurate. But I think it might be a decent trade-off anyway because I can rotate the device to any angle like I would a piece of paper. And, of course, it’s portable. So I guess I’ll keep it. Good news for you, iPad.

I’m fairly happy with the way this turned out. But of course, I wanted to do something in the background to finish it up. I’ve spent several nights over the last week or so trying to make a suitable background, but nothing has really worked out. I did figure out how to do some interesting art-nouveau style patterns and some masking techniques, so that’s a plus. But in the end I’m just getting frustrated trying to fill the background of this piece, so I’m just going to post it and move on to the next one.

Speaking of Ethan, he’s been really miserable lately with a cold and teething. He started going to daycare a few weeks back and has had the sniffles ever since. We’ve all had them, actually, but I think Ethan’s got the worst of it. And he’s six months old now! Can you believe it? Where does the time go?