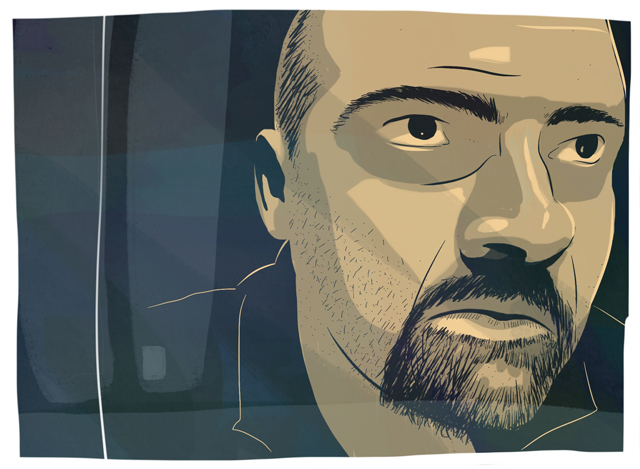 Site’s all configured. Couple of test posts in the bag. New iPad production process figured out. Liking the new design and the freedom it affords. Dirty gin martini with smoked gouda olives steadily disappearing. All Eels playlist on iTunes. Kim sleeping on the couch with Mikyda curled up next to her and JoJo at her feet. Kids sleeping upstairs in their rooms. Haven’t had a cigarette in over a week and I think I’m finally done for good this time.

Everything’s good here, webdisaster. It’s just me and you here at 11pm on a Friday night in the midwest. What should we talk about?

What have you been up to? Oh, what’s that? Nothing? For like, forever? Because I haven’t paid any attention to you? Well fuck you too, man! I was just being polite, I don’t really give a shit anyway. Because this is about me, not you. When we have a conversation, it’s about me talking to you and you shutting the hell up until I’m done. And then when you talk, I will interrupt you as soon as your insignificant string of unconnected words triggers in my head what will surely be the most important thought mankind has ever had.

Shit, man. I’m sorry. I’m not really sure where that came from. I’m not mad, I just haven’t ‘blogged’ in a long time is all. In truth, I’ve been feeling better lately than I have in a long time. A lot of it’s due to the fact that I mentioned before, that I think I’ve finally kicked the nicotine monkey off my back. On that note, I must recommend Alan Carr’s Easy Way To Stop Smoking. I was very skeptical of this book at first but the people over at the stopsmoking subreddit seemed to recommend it en masse. So when I was finally ready to give quitting another try, I bought the Kindle version for about 5 bucks and I’ve been reading a little bit every day. It’s not well written; it’s repetitive and it’s very much like reading a self-help infomercial, but the points he makes are very valid and start you down the path of consciously thinking about what smoking really does to you psychologically as well as physically. Which for me has been like getting out of an abusive relationship.

Who reads blogs anymore? Is this really even a valid strategy? I mean, you’re probably here because you want to see comics. But see, even though webdisaster v6 got me drawing a lot, it was by and large pretty shallow in the substance department. See, a lot of times (not right now though), I feel way off base and I look at art as the way to fix that. Like I need to say something really important about politics, or ethics, or about how people need to stop using today’s serving-size media snippets to spew close-minded hatred at each other and realize that it’s not about us vs. them, it’s about us vs. us, or something else profound and meaningful that can serve as my legacy to my children when I pass from this life and haven’t told them everything I want to tell them. Or even just to get some heavy shit off my chest, like what my belief system is really made up of, or how I now make work decisions that effect a lot of people I respect and I don’t feel like I’m doing them any justice at all, or the fact that I increasingly feel like everything that comes out of my mouth is gibberish and I have no idea how to correct it. But then I sit down and try to decide exactly what my message might be, and I realize that I ain’t got shit.

Here I am, thirty-five years old, with nothing to pass on to my children but the same bullshit platitudes anyone else could give them. The most important thing is to be happy. Practice being patient. Do unto others as you would have them do unto you. Tell the truth. Believe in yourself. Stop watching TV and your cell phone. Listen to people that have more experience than you do. For fuck’s sake, don’t ever start smoking cigarettes. Mommy and Daddy might seem like they’re really mean and unfair, but you’ll get it someday. And so on, ad nauseum. Even if I had some sort of cohesive message, by the time I put it together I would rip it apart before it ever got out of the gate because of some semantic technicality or because I lack confidence in my communication skills, be they image or word-based. So instead of trying to put a bunch of effort into figuring out the big picture story and how to tell it, I should probably just focus on being the best dad I can be and spend my free time in pursuits that really help relax me, like playing Assassin’s Creed or watching Breaking Bad with the wife, or reading.

But wait, didn’t I draw a bunch of pictures and comics about Emily? And here Ethan is almost six months old and he hasn’t gotten jack yet. That’s hardly fair, Mr. Father of the Year. Better get on that before you cause any psychological trauma.

Better just write stream-of-consciousness to get something out before you lose steam. It will be shit, but it will be something. Another in a long string of starts. A new framework to attempt to fill.

So anyway, that’s where I’m coming from.

I’ll try to work on the word/image efficiency ratio.